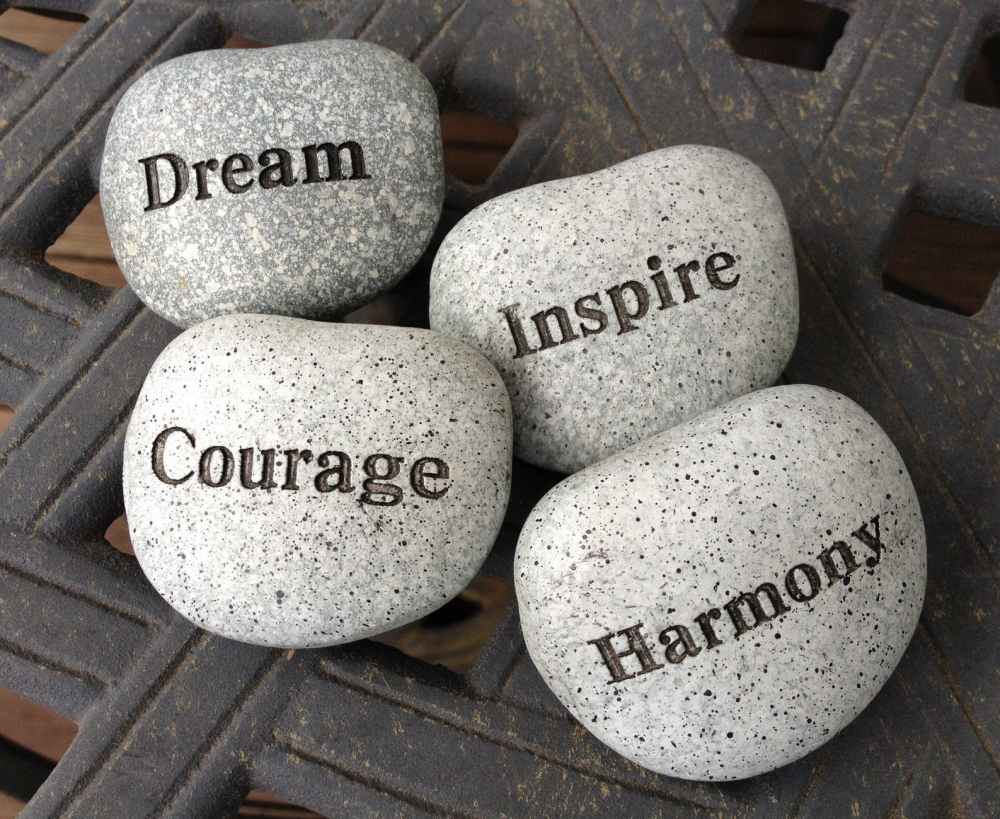 Many of us, if not all, know of or have heard the biblical story David and Goliath (1 Samuel 17:1–58); but, how many of us have thought about the weaponry David used to destroy a formidable opponent…a stick, a sling and “five smooth stones”. It is the “five smooth stones” I find most intriguing.

Goliath stood over 9 feet tall. He had a helmet of bronze, an armor of bronze weighing 125 pounds; he had shin guards of bronze; his spear was pointed like a weaver’s beam with a head that weighed 15 pounds, and a shield carrier walked in front of him. Goliath taunted the Israelites, “Am I not the Philistine and you servants of Saul? Choose a man for yourselves and let him come down to me.” If he is able to fight with me and kill me, then we will become your servants; but if I prevail against him and kill him, then you shall become our servants and serve us. I defy the ranks of Israel this day; give me a man that we may fight together.” This taunting went on for 40 days leaving King Saul and his army dismayed and greatly afraid.

David, an Israelite and shepherd was too young for King Saul’s army, but was chosen and anointed by God. While everyone (including David’s three older brothers) were wringing their hands with dismay and fright, David approached the front line asking, “What will be done for the man who kills this Philistine and takes away the reproach from Israel? For who is this uncircumcised (unclean) Philistine, that he should taunt the armies of the living God?”

When you call out the enemy, you can expect opposition.

David’s elder brother became jealous and saw David’s questioning as a scheme to become part of the army. King Saul expressed doubt in his ability because of his youth and inexperience in warfare. But, David was not deterred. “The Lord who delivered me from the paw of the lion and from the paw of the bear, He will deliver me from the hand of this Philistine.” King Saul suited David with his personal battle clothing…a bronze helmet, armor and sword…items David had not tested. “I cannot go with these.” David takes his stick, chooses “five smooth stones” from the brook, places them in his shepherd’s bag and with his sling readies himself for battle.

Goliath proceeds to meet David with his shield bearer in front of him, taunting, “Am I a dog that you come to me with sticks? David remained calm and fearless and said to his enemy, “You come to me with a sword, a spear and a javelin but I come to you in the name of the Lord of hosts, the God of the armies of Israel, whom you have taunted. This day the Lord will deliver you up into my hands and I will strike you down and remove your head…that all this assembly may know that the Lord does not deliver by sword or by spear; for the battle is the Lord’s and He will give you into our hands.”

So why did David choose “five smooth stones”, Scripture does not say. Is it possible the stones represented how swift, how effortless and without hindrance David would take out Goliath because he knew the battle was not his. The battle belonged to the Lord, the living God.

All too frequently we allow Goliath…the one looming large and controlling; the one pressing in from all directions and consuming; the one threatening and taunting causing emotional stress and depression; the one that is mocking, laughing and shattering self esteem to win. The Goliaths dominate and rule our lives because we fail to recognize the power of the “five smooth stones”. JUST ONE will swiftly, effortlessly and without hindrance strike down any Goliath because the battle does not belong to us…it is the Lord’s.

Vivian Nelson is married and resides in Birmingham, 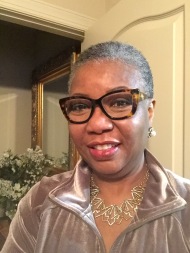 Alabama. She is a follower and believer of Jesus Christ and is a retired Integrated Steel Professional who enjoys all needle work (sewing, knitting, crocheting, cross-stitch); and is an avid reader. Vivian has traveled 40 contiguous states; six of seven continents and over 100 cities and countries. She is a member of Church of the Highlands, and an affiliate of Alabama Civic Chorale.